Vitaly Manskiy (1963) graduated from VGIK – All-Russian State Institute of Cinematography and became one of the most prominent contemporary Russian documentary filmmakers and producers. As a director he has shot more than 30 films, which were screened at festivals worldwide and were awarded several times. As a producer, Manskiy produced films with directors Renata Litvinova, Alexander Rastorguyev, Sergey Miroshnichenko, Dmitry Zhelkovsky, and Sergei Loznitsa. In 1996 he launched a project that aims to archive amateur private video files that were shot in the times of the former USSR. Vitaly Manskiy is the founder and President of Artdocfest — Russian Open Documentary Film Festival for Russian-language creative documentaries.

In 2000 Yianna Sarri graduated with a BA and MA in Communication Studies and Film Studies from Coventry University and City University in the UK. From 2000 she was based in Athens and worked for KINO SA. In 2003 she started working at the Thessaloniki International Film Festival and Thessaloniki Documentary Festival as a programmer. The last few years she is Head of the Market for both festivals and recently has been appointed as consultant for innovative programs & new technologies (she is also programming the VR Competition section of both festivals). She is also Head of Program at the Greek Film Festival in Berlin.

Andrijana Stojković (b. 1976) holds an MA in Film and TV Directing at the Faculty of Dramatic Arts in Belgrade. She’s a PhD candidate at Doctoral Art Studies in Drama and Audiovisual Arts. Andrijana directs both documentary and fiction films. Her films were screened and awarded at festivals like IDFA, HotDocs, Rotterdam FF, Krakow FF, FidMarseille, Raindance FF, Sofia IFF, Havana IFF, etc.  She is founder of the film production company ALL INCLUSIVE FILMS and one of the founders of Association for Education in Audiovisual Culture FILMKULTURA. As an Associate Professor at the Faculty of Dramatic Arts in Belgrade she teaches “Documentary Filmmaking” and “Contemporary Expression of Directing”.

The Beldocs Industry Award by Beldocs IDFF is granted to the authors of the best pitch of Beldocs in Progress decided upon by an international jury consisting of filmmakers and festival representatives.

The DAE Award consists of free memberships for one year for the di- rector(s) and producer(s) and a tailor-made consultancy session with DAE senior consultants. The prize is a talent encouragement award and offers access to the European documentary community.

One project from will receive the festival distribution support for one year, starting after its completion. Through East Silver Caravan it will be submitted to international film festivals for consideration and Institute of Documentary Film will help with the overall festival strategy.

Pitch the Doc Award, is a prize given to boost the progress of the credited project, providing it with dedicated curation and support in building international recognition and visibility. Consultation is held by an expert associated with Pitch the Doc and takes place within 6 months of the Award announcement, provided that the project is successfully validated on the platform. 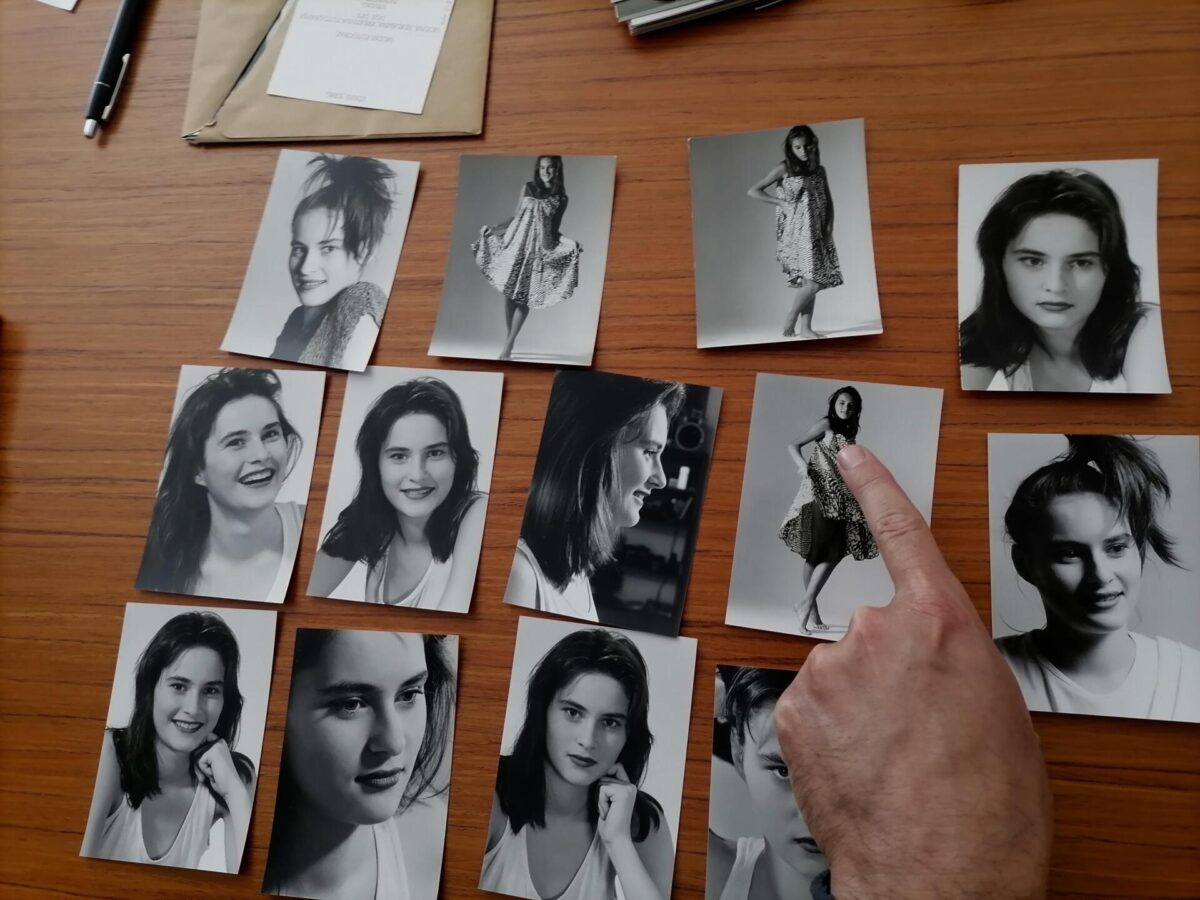 We were following the term of US First Lady, Melania Trump, for four years in her hometown in Slovenia. Her former friends and people who knew her remember her with admiration and in a critical way. Some even want to meet her. Who is this enigmatic and elusive person? 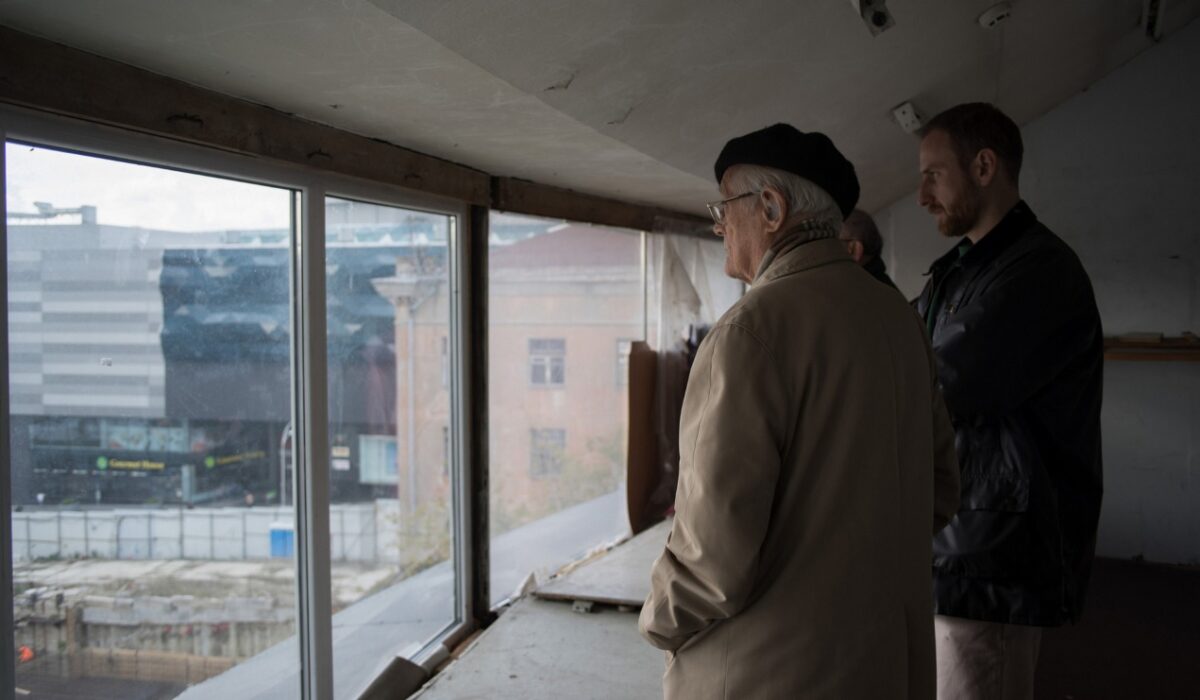 90-year-old architect Florian Yuriev is facing the destruction of his magnum opus: an avant-garde concert hall set to be repurposed as a shopping mall. Florian confronts the powerful real estate developer behind this investment project, and uses his visionary ideas to capture an unlikely victory. This is an architectural documentary with infusions of science fiction and horror film. 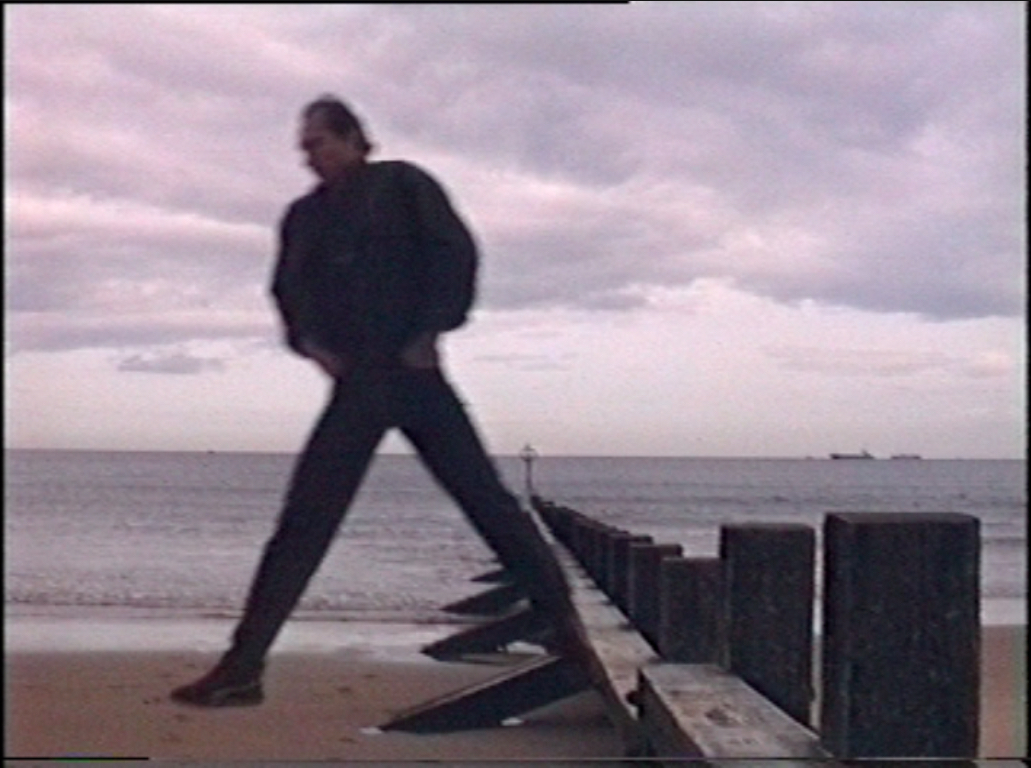 The director’s father, Soviet figure skating star, went on tours to the imaginary West and filmed his life in the transition period of the 80s and 90s. Rediscovering his amateur VHS archive, a director explores his vision of paradise against the changing historical background. 15 videotapes, the spirit of traveling to the West. The birth of a daughter. The collapse of the USSR. Fragments of Ice is a journey of growing-up for society, for the father, and for the daughter. A journey that is ongoing. 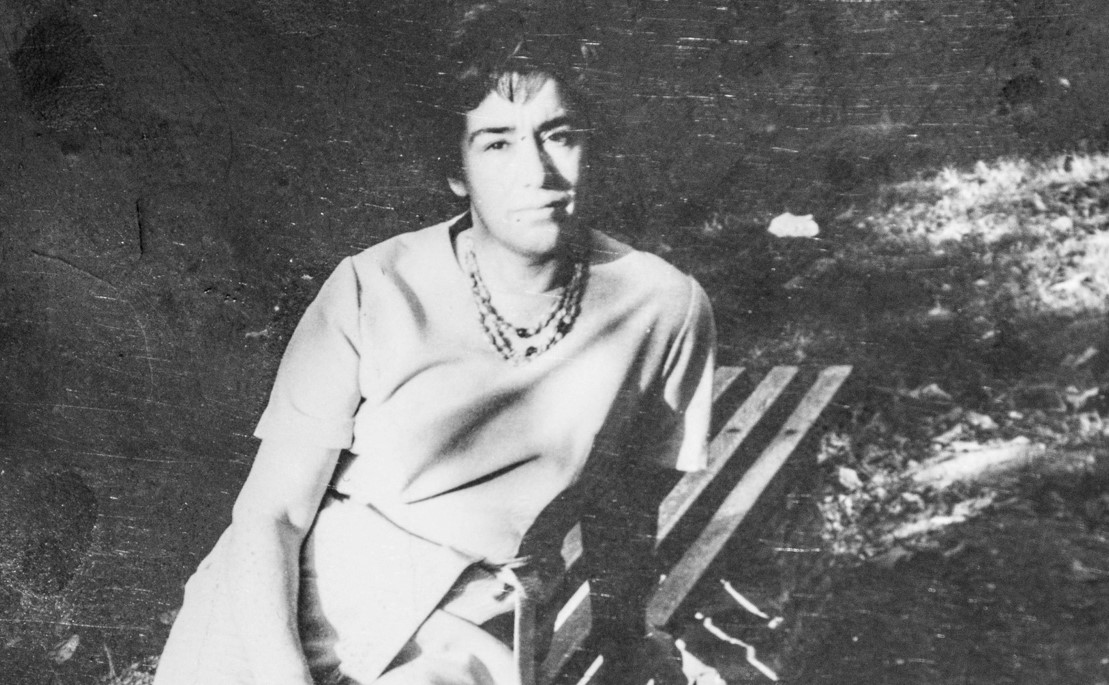 Gina was a Montenegrin girl who had become a political prisoner in the 1950s in the ex-Yugoslavia. The story follows Marina, Gina’s niece, on her way to the prison she is visiting for the second time – the first time as a baby seen in a photograph and now as an elderly lady. Together, we are bringing the female side of the Yugoslavian camps, and questioning how many generations it takes to overcome a trauma.

Vojo, a retired police officer lives in Skopje, one of the most polluted cities in the world. He finds meaning in his passion and love for innovation, which he directs towards clean energy and ecology. Over the past 15 years, he has successfully implemented eight patented projects, but his passion is reserved for building a perpetual motion machine that will generate clean electricity without the need for an energy source. Will our Don Quixote-like hero succeed in fulfilling his mission – reducing pollution to save Earth from global warming and destruction by man – or will he redeem himself for the damage his obsession has caused to his family?

Most of the Christmas trees sold in Europe originate from a small mountainous region of Georgia. Together with the families running Christmas tree businesses we follow the journey of the ultimate winter symbol crossing countries and cultures, from Georgian fir forests, through Christmas tree farms in Denmark, shopping rush and festive fireworks. As the holidays are over and the cities quiet down, here and there lie the abandoned Christmas trees. 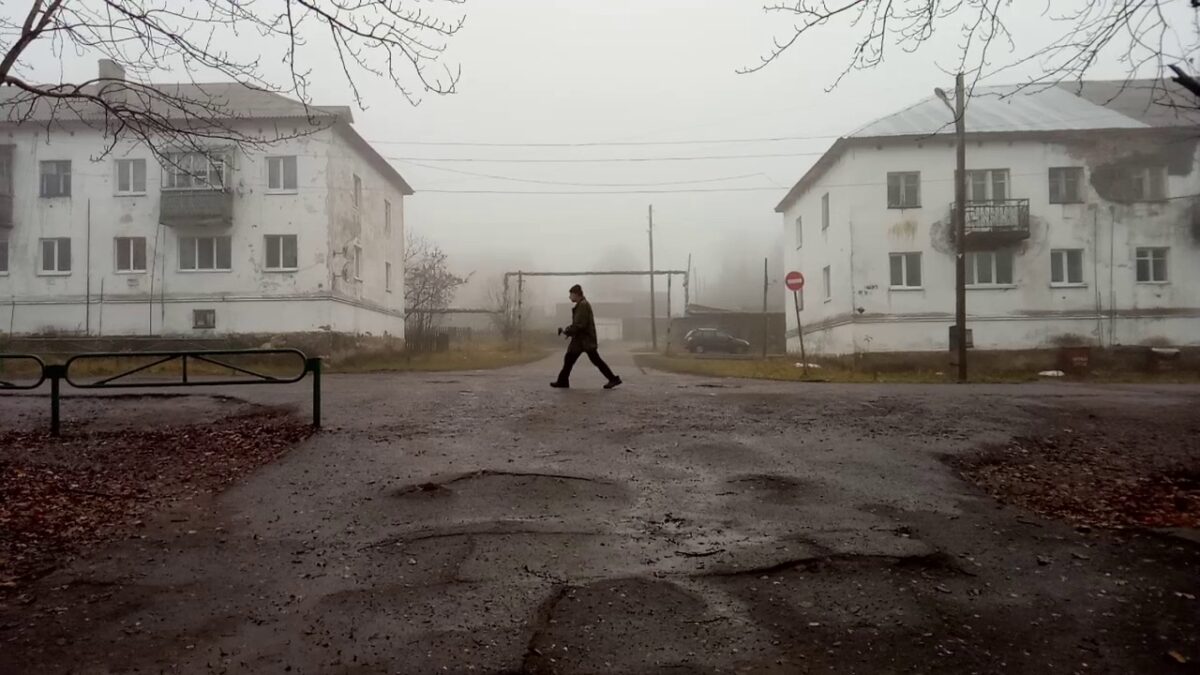 Each nameless person has to get their name. There’s no place where you can get such an acute feeling of the world and life as in a small neglected town on the edge of the earth.

We collect intimate and genuine stories of the nameless people living between the wild northern taiga and an old Gulag prison, which still casts its grim shade on their joys and griefs. 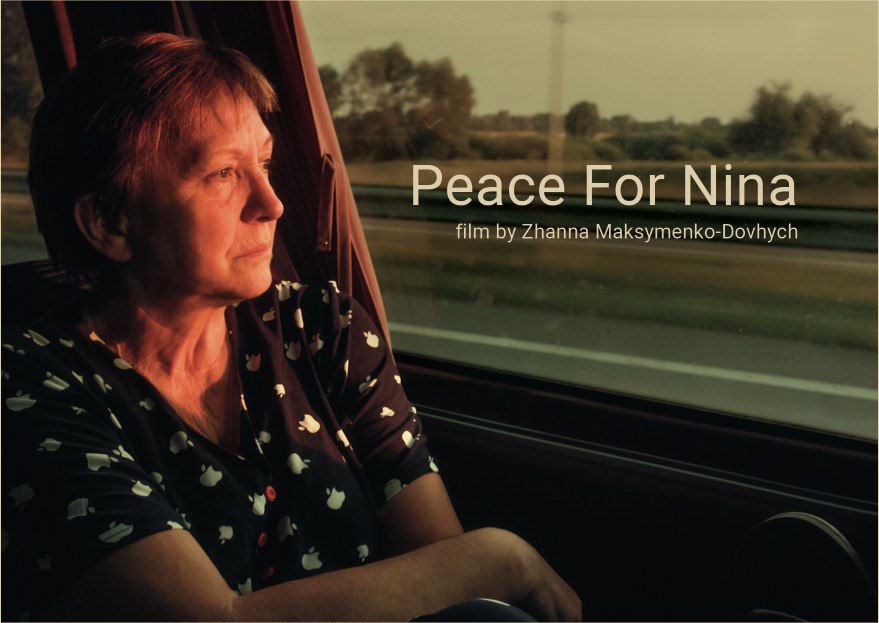 It is a story about a woman overtaken by war all her life. Her father was a Soviet soldier in the time of World War II, her husband was a Soviet military officer who died from injuries sustained during the infamous Soviet military campaign in Afghanistan, while Nina’s eldest son volunteered with the Ukrainian Armed Forces and was captured and brutally executed by Russian mercenaries during the undeclared war between Russia and Ukraine in the East of Ukraine. 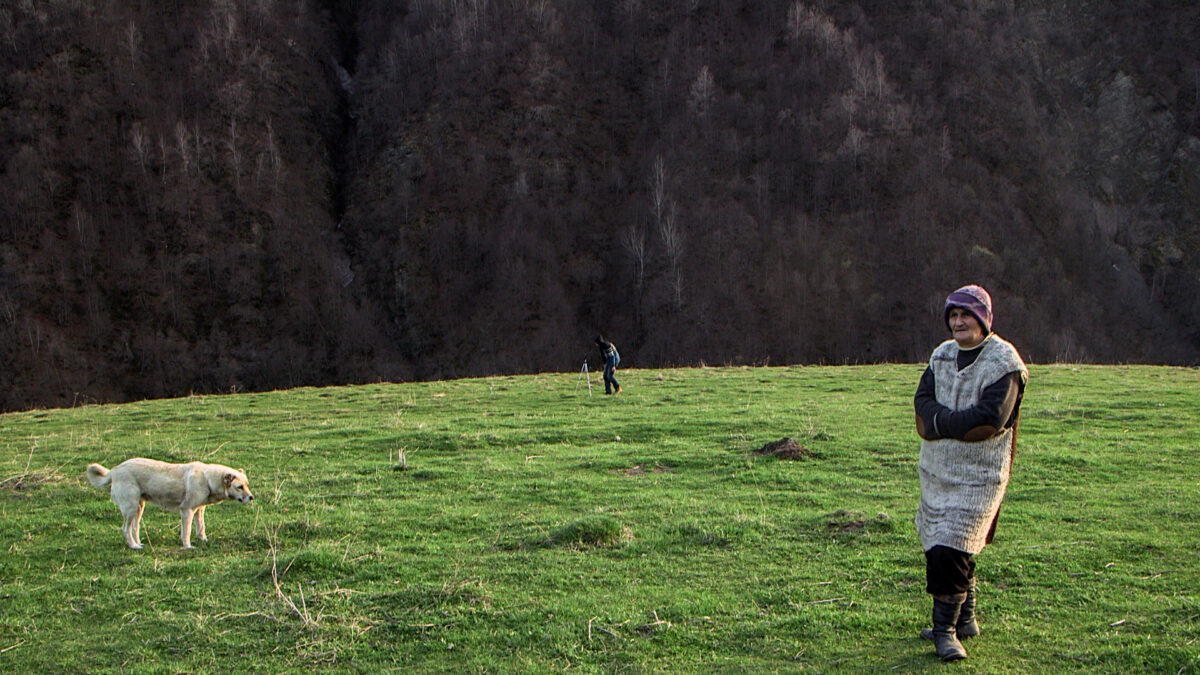 Guri and his mother, Sanata, have been living in a mountainous village of Georgia, with a dog – Tuia. The visual observational journey vividly shows motherhood’s bond, image of everlasting, pure, endearing union.

Meanwhile, living in harmony, what happens if a third person intrudes in their tacit relationship. The young lady’s rapid appearance arouses questions – to what direction their life will turn, what will be transformed, lost, or gained. 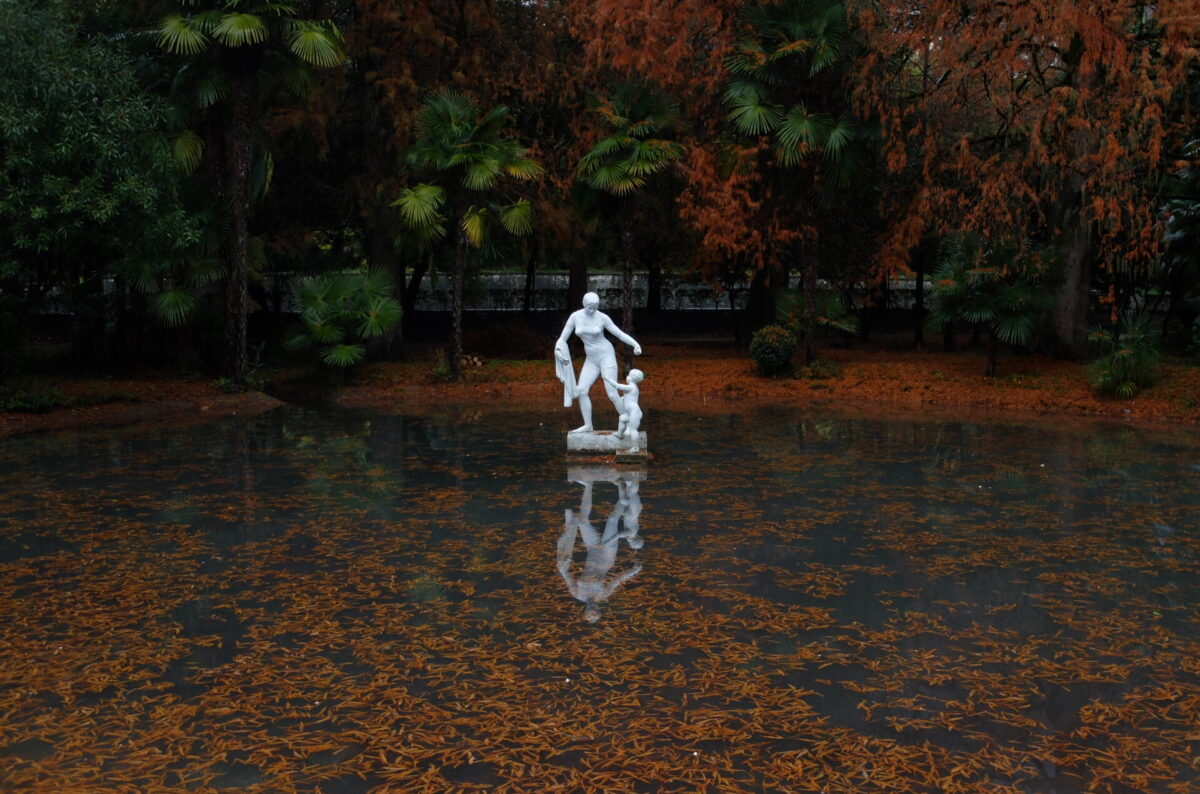 A Sail is about the obsession with identity and homeland. Told through personal biography, the film searches for lost and split identity, using collective and personal archive materials and recent visits to Abkhazia; Finding abandoned summer house after 25 years in unrecognised territory offers a new perspective on roots. The house turns out to be a trap and a revelation; a “rite of passage” that opens the door to revisit the past.