Beldocs Kids&Youth Development Workshop focuses on documentaries for younger audience. The workshop will have an intimate setting with the teams of six selected projects that are currently in development. Target group for these future films is younger audience. The short-term goal is to strengthen the projects’ quality and provide the teams with the best possible route for international funding and distribution. The long-term goal is to educate leading creators to better navigate the international market for kids and youth documentaries.

The workshop will also accept several participants without a project. They can take part in the whole workshop day and gain knowledge from the discussions. Only difference is not having their own project developed.

Preceding the workshop is a full day seminar intended to be inspiration for both creators, funders, broadcasters, distributors and curators of documentaries. The first day is open to all interested parties and will approach the subject matter from a broader perspective. The aim is to inspire, encourage and motivate all sides of the documentary sector to strengthen the quality of documentaries for younger audiences. Not only in terms of the content but also in the ways of engaging and reaching this audience segment.

Ove Rishøj Jensen, main tutor is a documentary consultant, producer and outreach manager. Working in the international documentary sector since 2003, Ove Rishøj Jensen has an extensive network within the industry. In addition to producing and co-producing films, he gives lectures and run workshops about script writing, project development, international financing, co-production, impact, outreach and distribution. Since 2011 Ove has worked for the Swedish production company Auto Images as Producer and Outreach Manager. Alongside this, Ove launched in 2019 his own company for documentary training and consultancy, entitled Paradiddle Pictures. Here he collaborates with partners like IDFA, Fresh Pitch China, Dix in Vitro, Mediterranean Film Institute, Nordisk Panorama and many others. From 2003 to 2019 Ove worked for EDN – European Documentary Network. He has a master’s degree in film studies, with additional studying of cultural journalism and humanistic computer informatics.

Expert Ulla Haestrup, special expert, has been working with Children’s television and Films for over 20 years. Starting in DR
(Danish public service Broadcast) in different positions such as Programme buyer, producer and Commissioning Editor – always with Children and Youth content as her field. In 2015 she moved on to the Danish Filminstitute as Film Commissioner for Short&Documentary films for Children&Youth, where she stayed for 5 years working with both documentary and fiction in all formats and cross media platforms. She is now working as a free lance consultant in the spectrum of Children and Youth Content.

Logline The story of a retired witch – Vardo, who waits for „patients“.

Short synopsis To make a protective talisman from an evil eye we need – lead (1 tablespoon), charcoal (1 tablespoon), black knife (1), black material, needle, black thread, human hair for whom we make talisman and the spell. It is this recipe to make talismans from grandma Vardo. She works on the balcony of her old hut. Front of us Vardo will make a belt for pregnant women so that they will not misbirth. We will learn her spells and hear stories about life and loneliness.

Director’s biography Ana Kvichidze was born in 1993. She was studying directing feature films at Shota Rustaveli Theatre and Film at Georgia State University. At the same time, she worked on films and TV-show as Script supervisor, Casting, and Director’s assistant. Her first narrative short film “Downpour” (14min) is inspired by Georgian folk and mythology. She has two short documentary films, one of them is “Magic recipes of Deniza and Madona” which she shot within the project “16 women for change” and it’s about two charmer friends from Georgian village. The second documentary „upside-down moon“ is also inspired by charmers and legends from the mountains of Georgia. 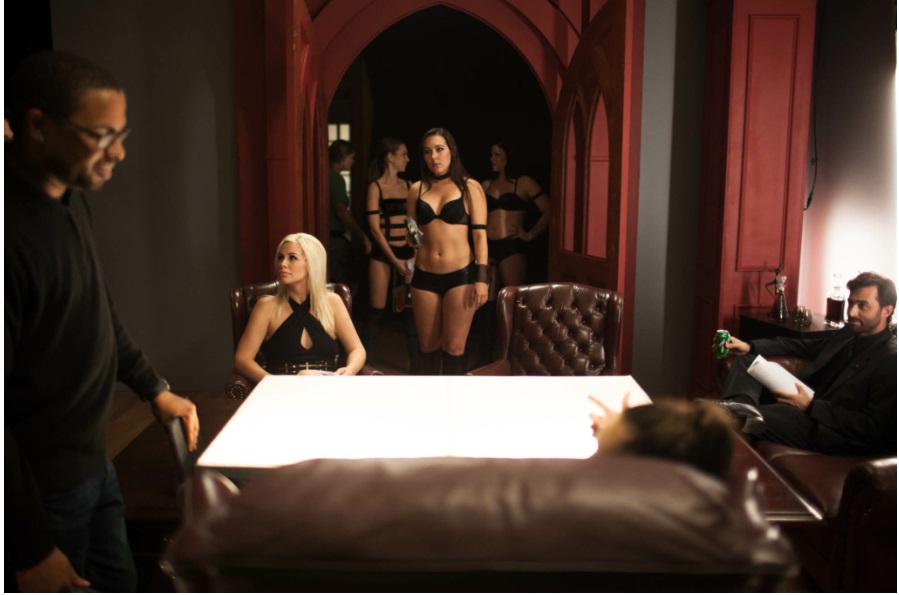 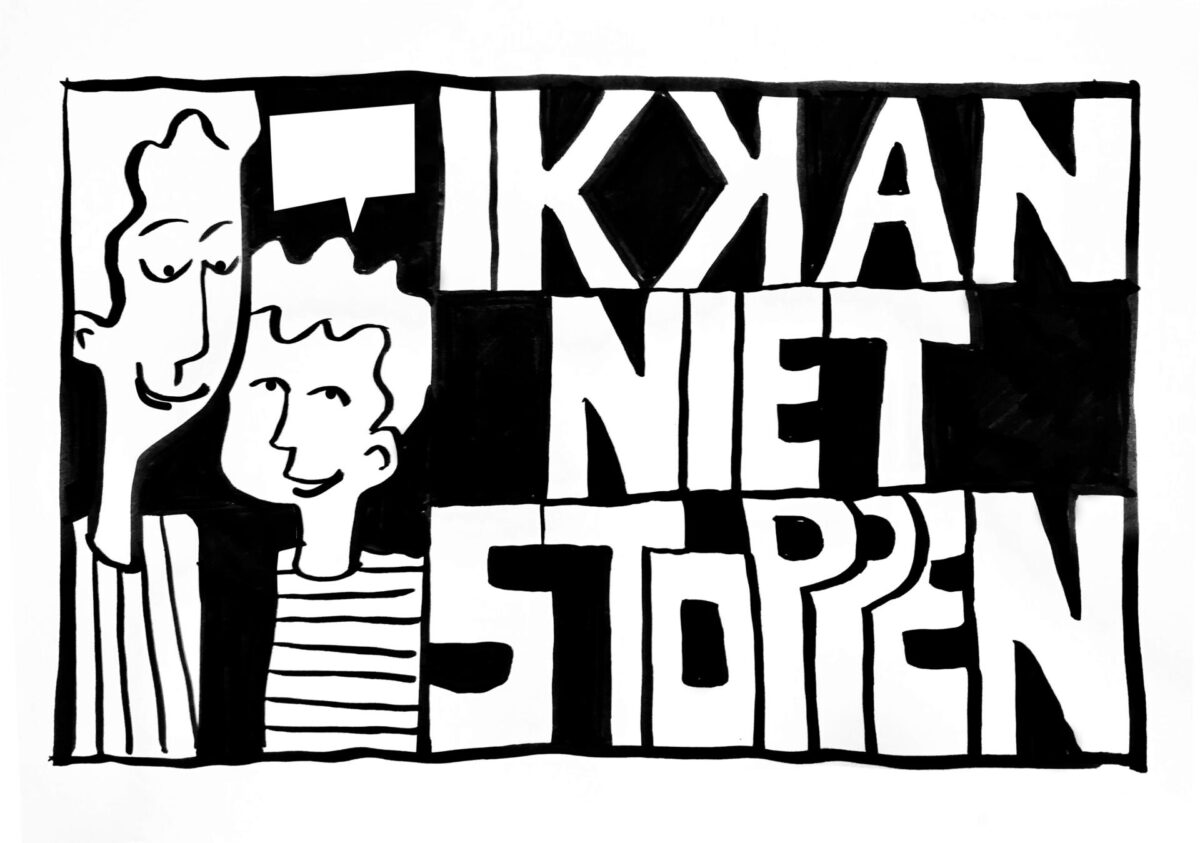 Logline A child and a grownup, both experienced with addiction, speak while they take on a scavenger hunt.

Short synopsis Karla has a very small, thin face and when the wind blows strongly when there is a storm raging outside, she doesn’t go out because she believes she might blow away like a feather! Karla: “I am taking methadone, that is a little pill ….it works even better if I take it with a cup of coffee.“ Sam’s mom is addicted to heroin. Sam: “My mom sometimes leaves the house and I have no idea where she is.“ Sam and Karla meet and go on a scavenger hunt and share their experiences with heroin addiction.

Director’s biography Kim van Haaster is producer/director and owner of KIM FILMS. Kim is a filmmaker with a background in cultural anthropology. Together with children she aims to address difficult topics to a 9+ audience with a lot of love and power. Kim graduated as an anthropologist in 2004, and Play, no matter what! (2004) was her first mid-length documentary. Besides the production of documentaries she works freelance as a director, videographer, editor and producer of short films for promotional, informational and educational purposes. She also does a lot of filmmaking workshops with children (4-12yrs). 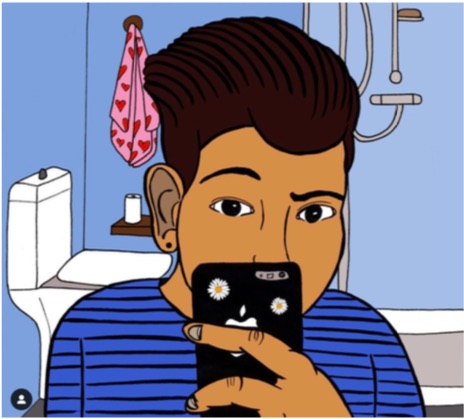 Logline What does it mean to be admitted to psychiatry as a child?

Short synopsis „You can’t stop the waves, but you can learn to surf.“ The kids in this movie are in trouble. At school or at home, these children are often incomprehensible and unmanageable to their parents and family, teachers and friends. They are expelled because of a rage in class, desperate moms call emergency during a crisis and the child is taken to hospital in an ambulance, tied up. In this film, we let three children of child psychiatry speak at UZ Brussels.

Director’s biography Frederike Migom is a director, writer, and actor. After studying drama in New York, she moved to Paris to study filmmaking, working on various projects in Paris and abroad. She is now based in Brussels, where she also directed her first short film, Malakim, in 2013. Malakim was followed by Adam & Everything (2014) and Nkosi Coiffure (2015). Migom went on to direct  a short documentary, Si-G, which screened at festivals all over the world. Binti is Migom’s feature debut.

Scenes from the life of a mutt / Prizori iz života džukca 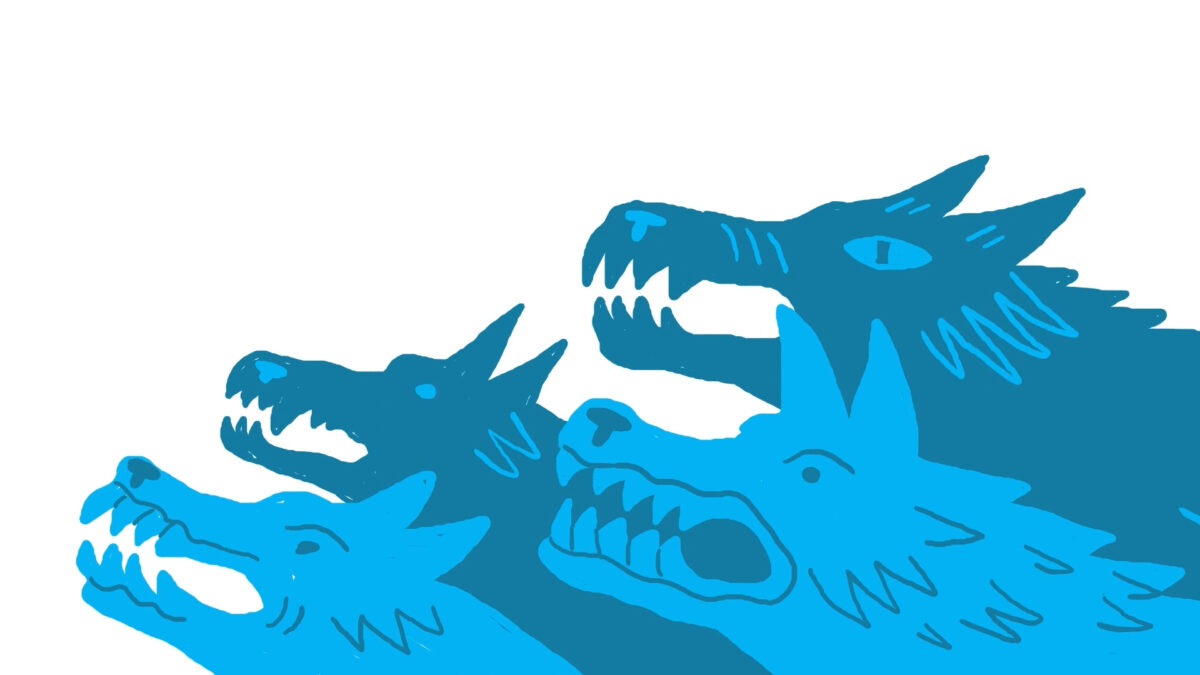 Logline Stray dogs face the society in a profound state of empathetic, ecological and moral
degeneration.

Short synopsis Young mother fights to protect her babies from cold/hunger; surviving of the family in the devastated industrial lot after the last human is gone; running away from the chains and fighting to stay free; abandoned- hurt -fighter being saved by garbage damp strays; hunted and taken to prison, without being guilty of any crime; waiting for the owner who died to “come back”. Combining 7 destinies of 7 main characters in one life story, we witness dignified fight for survival in an undignified world.

Director’s biography Tanja Brzakovic was born in Belgrade. She received a master‘s degree in Directing from the University of Belgrade in Serbia, as well as from the University of Hamburg, in Germany. She writes and directs shorts and documentaries, and works as media teacher. Her films have been screened at festivals all over the world and garnered numerous awards at festivals: Sedicicorto, Religion today, Belgrade Ethnological FF, Palermo Sport FF, Bergischer Filmprize, Sehsüchte, Shocking Short Award 13th Street, Deutscher Filmschulpreis in silver and others. She is a member of European Film Academy.