Beldocs Academy programme is an intense course with a focus on virtual reality and 360° video production. It will be tutored by Vitomir Jevremović, a VR/AR expert with a huge experience in immersive contents. Workshop and lectures will provide the participants with the basic theoretical and practical techniques in order to shoot an immersive video. Throughout 2 day tutoring, master classes and one-to-one sessions, Academy provide a possibility for the authors to get feedback from the experts as well as collaborates in further development. Participants supposed to develop their projects in order to be prepared for public pitch.  Projects will be evaluated by tree jury members and the best project pitch will be awarded.

Sara Tirelli (1979) is an artist and ﬁlmmaker based in Italy.
She received her MFA in Visual Arts at Faculty of Human Science at University of Bologna, Department of Art, Music and Performing Art in 2003 and in the same year she obtained her Filmmaker Diploma at Scuola Civica di Cinema e Nuovi Media, Politecnico di Milano.
Her videos and artworks have been featured in several exhibitions such as Q16 Quadriennale d’Arte di Roma, Sonje Art Centre of Seoul, Rotterdam Film Festival among others.
In 2017 she won 3rd Prize of Deutsche Bank Award and in the same year she was selected as Artist in Production in Residency in Sweden where she developed her ﬁrst VR artwork “Medusa”. She has held various panel about her research within immersive storytelling among the others “Bodies, Movement and AI in VR” at Goldsmiths University of London and “Future Narrative” with Laurie Anderson at Film Festival Gothenburg In 2019 she co-founded the VR Pavilion, an independent curatorial project launched at 58th Venice Art Biennale.
She is currently working on “The Invisible Hand” a 6DoF interactive VR project that has been selected at La Biennale VR College Workshop 2020 and at the Immensiva Residency at Espronceda Art Center in Barcelona. 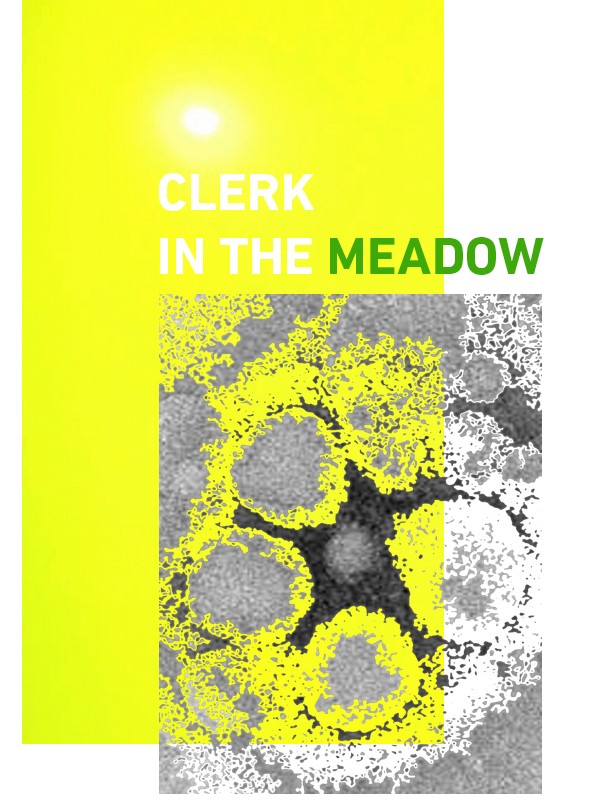 Synopsis Clerk in The Meadow is sitting in an apartment. The surrounding air is dusty and smells of books. The sound of Philip Glass fills the headphones. His thoughts are floating around. He is thinking of the fabric of reality. What is the world made of? What was the beginning? Is it the mythological reality of Genesis on the first day of creation, or a second after the Big Bang? Stories of the world coming into being often start with mentions of light, with calling upon light – moving away from the void and from the past and getting ready to awakening and transformation. He is fantasizing about light and lightness. It is about origins of the beginning and the beginning of each day, about sun rays as pets.

Author’s explanation Clerk in The Meadow main theme is an exploration of an existential dilemma. How to find light and hope in these interesting times? On the one hand, there are plenty of things wrong with the world and it is extremely easy to get anxious and depressed. On the other hand, darkness always passes and light is always coming back. In the end everything is good. Project is intended to be like a representation of the search for the light, for the warmth. But of course to find it one must have to go through some dark paths and get lost in some darker loops. Story is also weaving a representation of relationships between man and nature.

Author’s Biography Sabīne Šnē (1996) is an artist based in Riga, Latvia. She is participating in different art projects and exhibitions both in Latvia and abroad. Sabīne is working with a vast range of mediums, but she is mainly interested in 3D animation and digital drawings. In her works she reflects about meaningful and meaningless ideas and processes around us and explores the important and ridiculous relationships between different organisms or things to delve into human relations with the space one must inhabit, with others and with oneself. 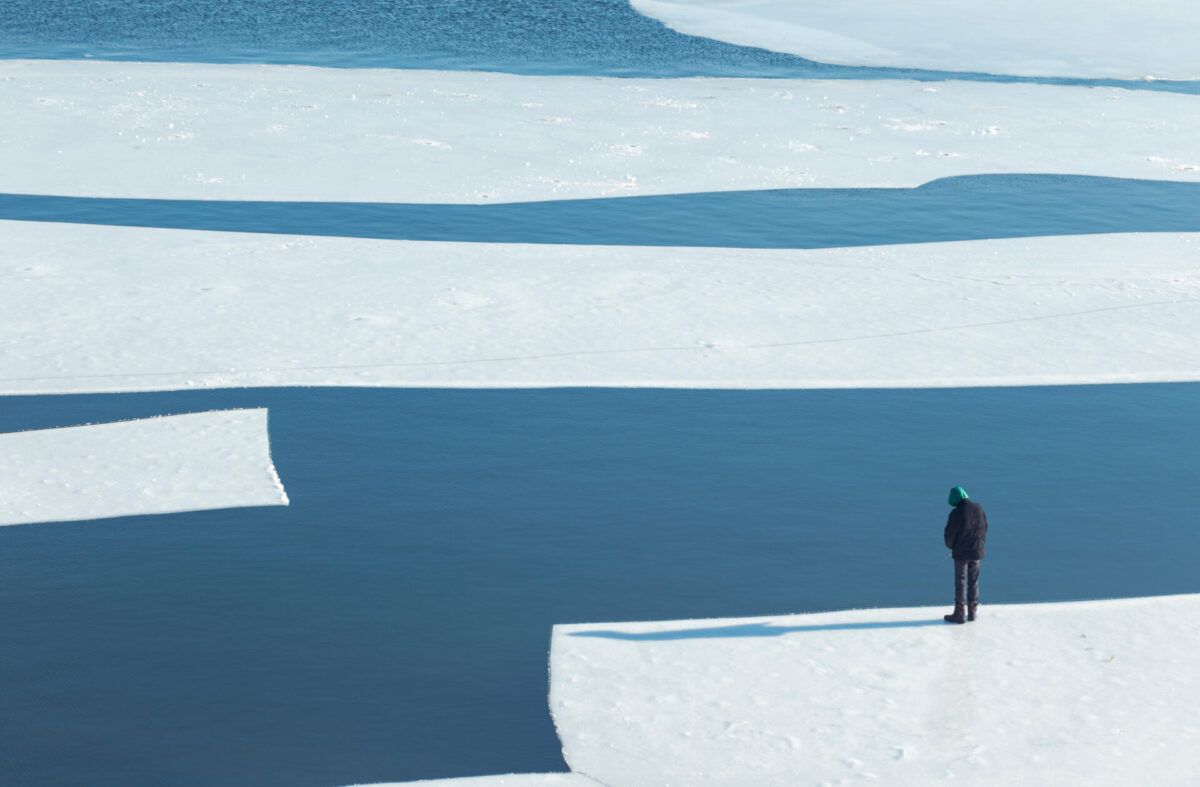 Synopsis A film will be a metaphorical story of Nistru River capturing diverse occasional moments of life, from small incidents to historical ruins of the past and mystical experiences of humans, sometimes the river becoming the last witness of life and time on its banks. Nistru keeps moments from the life of a whole nation. On its way the river collects countless stories of locals and with special sensitivity treasures childhood memories. Crossing several countries, the Nistru is destined to witness many traditions, wars, migration and to face environmental hazards threatening its whole existence. What would the disappearance of this magnificent river mean for the people living alongside it and what will be the end of the river’s journey?

Author’s explanation A descriptive, meditative film dominated by symbolism, allegory and observations. Its protagonists are people who live on the banks of the river. The camera catches their lives, observing, moving inertly and flowing along with the environment. Occasionally, the river becomes a perspective, an observer of life on its own banks. The characters we meet on the river banks are going about their daily lives, nothing is over-acted. Their conversations are genuine and unexpected, but the camera remains inconspicuous. To achieve this effect, the director spends a lot of time with the characters, to blend in with their lives and help overcome camera shyness. Characters speak directly, they are brief in expressing themselves and their thoughts. The language is one of wisdom, dreams, memories, care, idioms, songs, folklore and reflecting on topical problems.

Author’s Biography Iurie Tocmas (1993) is Moldovan filmmaker, editor and journalist. He holds BA in Journalism and MA in Media Communications from the HSE University (National Research University Higher School of Economics) in Moscow, Russia and has studied Media Management at the KTH Royal Institute of Technology in Stockholm, Sweden. In 2018 after finalizing his studies he returned to his home country Moldova where he works as an editor of feature films, documentaries and promotional videos. Since 2018 Iurie is also working on his own documentary projects on social and environmental topics. Nistru – The Irreversible Flow of Life is his debut documentary film as a director. 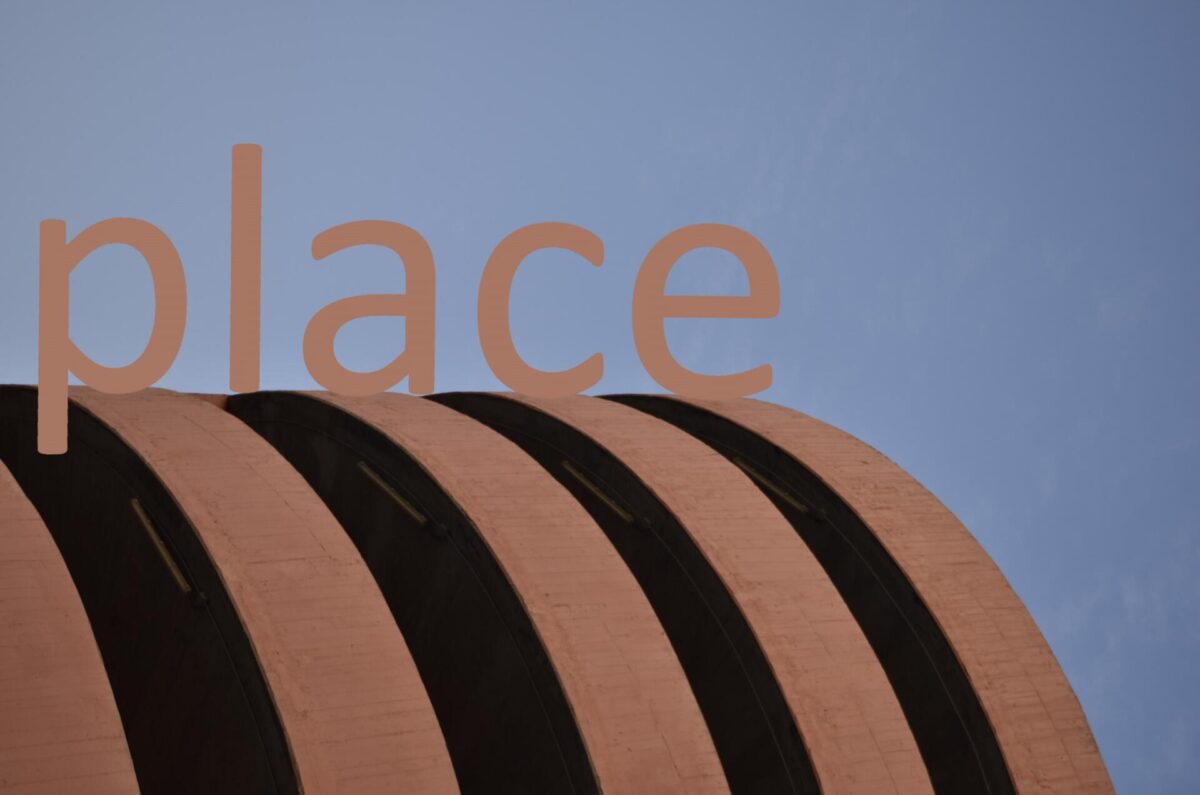 Synopsis The “Place” is a documentary that’s trying to explore hidden city locations that have interesting stories and visuals. VR would be a great tool to use because viewers could instantly experience that space. Research is going to take place through several different people from different backgrounds. There would be young people as well as old. An important role is also going to have a tourist guide, who is going to be asked to take us to someplace that they don’t usually take tourists to.

Author’s explanation Tourist guides are going to have an important task of taking viewers to little known places. These places are going to be just opposite of tourist places. Somewhere that significant event has occurred but very few people know about it and places that have big history events behind them. Interesting places to follow would be past big and fun events, like concerts and places where people spend their youth, and then try to recreate them in 3D. My idea is to have neutral colors over the whole piece and over time I want them to get more saturated, because I want to bring focus to the coldness of places that people’s stories are going to make “alive”. Main quest is going to be representing people with a place that shapes who they are, and that is going to be done with interviews that are going to be a powerful tool because a person watching and listening is going to have a real immersive experience thanks to the VR environment.

Author’s Biography Marko Mrvoš (1999) is a digital creator who uses a broad range of software to accomplish his art pieces. His background consists of graphic design, video producing and sculpturing: real material and virtual, everything from commercial software to free and open source. From 2D graphics, 3D objects, virtual 360 worlds and AI. 4 main acronyms that he uses are AI, AR, VR, and 3D. 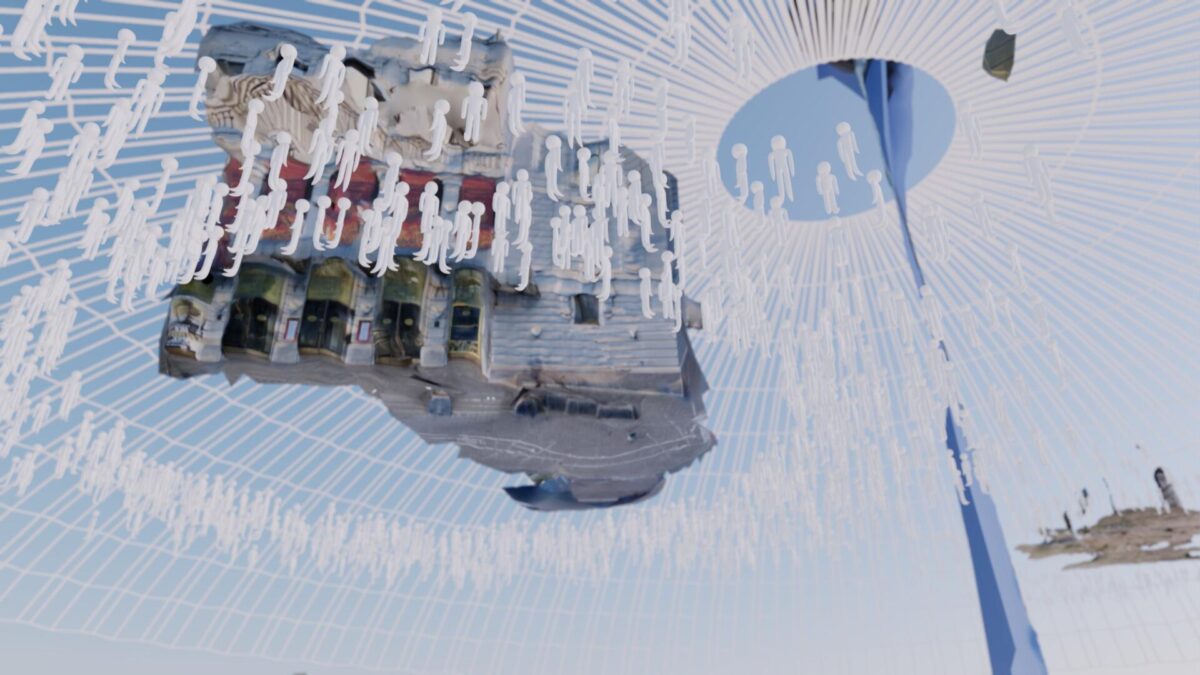 Synopsis Video installation “Ruins” is an imaginary travel through the memory and a try to recall some moments and happenings. While the participants are being remembered through their actions, gestures and words, environments look motionless and unchangeable. Therefore we see them as poetic testimonies of what has happened. This video is focused on environments that, when you see them from wider perspective, are also unsteady and elusive.

Author’s explanation Unlike used photos, 3D scans give us ability to see objects from all sides, but apart from formal advantages, “spirit” and atmosphere of the original scene gets completely lost in 3D scans. In that sense, 3D scans are interesting metaphor for contemporary technological advancements – instead of the “spirit” of the moment, it shows empty shell of the object, which illustrates the utopian aspect of our wish to save and recreate certain moment. Instead of making those moments last, it shows them collapsing. Video installation “Ruins” is an imaginary travel through the memory and a try to recall some moments and happenings. While the participants are being remembered through their actions, gestures and words, environments look motionless and unchangeable. Therefore we see them as poetic testimonies of what has happened. This video is focused on environments that, when you see them from wider perspective, are also unsteady and elusive.

Author’s Biography Nemanja Ladjic (1984) was born in Belgrade. He graduated from Faculty of Fine Arts in Belgrade (sculpture department, class of prof. Mrdjan Bajic) in 2009 and Trans-media program at Sent Lukas University, Brussels in 2011. Along with fifteen solo shows, he also participated in more than fifty group exhibitions. In his video installations he primarily uses different archives of recordings and through compositing their elements, he examines the impact of modern means of communication on reliability of our perception in the processes of transforming information into narratives and history.