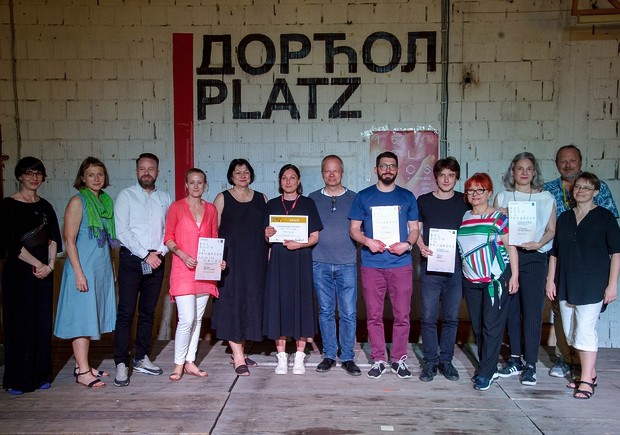 Beldocs Industry that took place as a part of 15. Beldocs IDFF concluded on 14 May with an award ceremony of Beldocs in Progress section.  During 3-day event 16 documentary film projects in various stages of development and production, including 6 projects produced or co-produced by Serbian production companies, were presented to a group of international industry players – broadcasters, festival representatives, sales and distribution companies, film markets and training initiatives. All the projects were judged by international jury – Simone Baumann, Head of German Films, Rada Šešić, programmer of Sarajevo Film Festival and Djani Hasečić, Head of Reversioning of Programmes Department of Aljazeera Balkans.

The main prize, a 2000 cash award, sponsored by Al Jazeera Balkans was granted to the project We Are Pretty Loud by Joey David Jovanović (Serbia). The jury said in its statement that the project in a playful, charming manner treats a serious socio-political topic. The jury also appreciated the strong characters and great access to them, a well-structured narrative, and pro-activity of the storyline, which promise a film with a strong international potential, a film that really matters and puts a relevant issue on the social agenda.

“I am for the first time here and I do not know why I waited so long to come to this wonderful festival. We as a jury felt that we are participating in a fantastic event, done very professionally, carefully chosen projects, projects that are relevant, with topics that matter, but obviously the selection committee was also taking care of the cinematic language of the projects. The atmosphere of the festival is lovely, everything goes smoothly like a Swiss clock but still has the Balkan charm. It is a remarkable event and extremely important for the whole region.” Rada Sešic, programmer of the Sarajevo Film Festival and this year’s Beldocs in Progress jury member said at the closing ceremony of Beldocs Industry.