Call for film submissions for Beldocs 2022 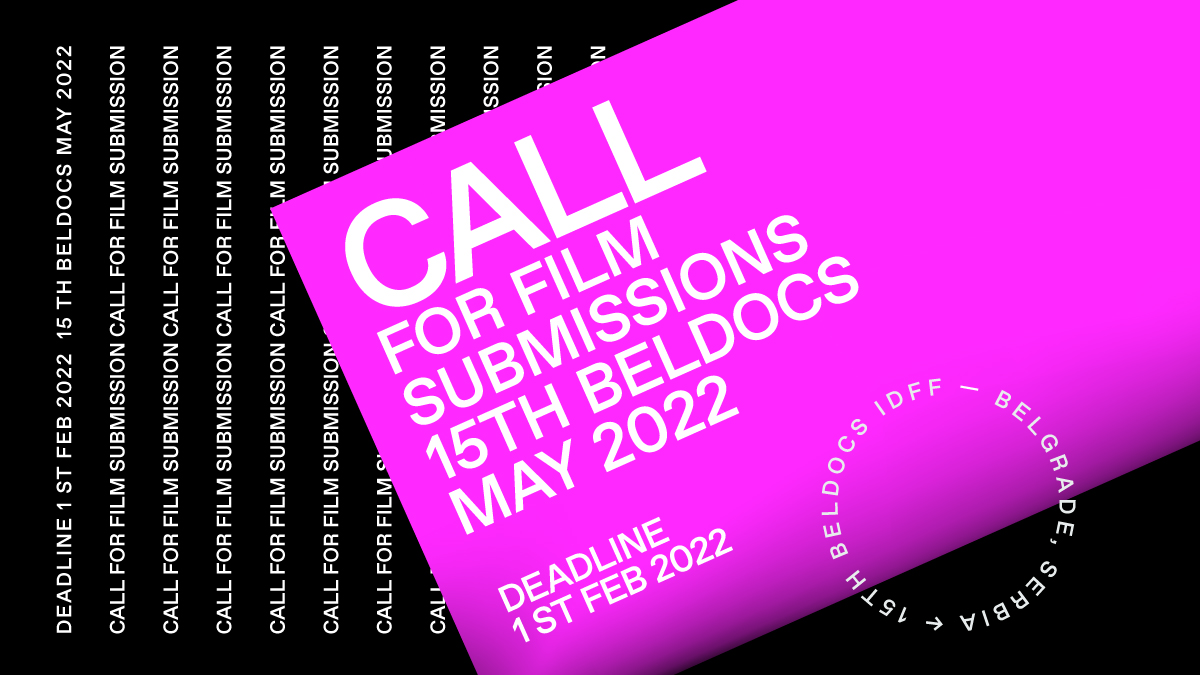 Beldocs International Documentary Film Festival proudly accepts entries on FilmFreeway, the world’s #1 way to enter film festivals and creative contests. Submission deadline for the 15th edition of the Festival which will be held in May 2022 in Belgrade, is 1st February 2022.

Beldocs (Belgrade, Serbia) was founded in 2008 and based on the idea that the documentary form has a special power to inspire people to think, create, and believe in change.

Beldocs International Documentary Film Festival is one of the main gathering place for creative documentaries and European film professionals in the Western Balkans. Beldocs is recognized as the place for best national and world creative documentaries, that gives a comprehensive overview of the recent worldwide documentary production, discovers, and reveals the new voices and on the other side strengthens, develops, and supports the industry of the region. The festival is oriented towards artistically and socially-relevant cinema and selects the most remarkable European and World documentaries of the year, also bringing the producers and directors to Belgrade for discussions, master classes, networking, etc. Also, Beldocs communicates with younger generations, those that are the keys to future social change, and seeks to strengthen educational platforms through documentaries.

During the Festival, Beldocs Industry will be held. The event gathers documentary film professionals from the Western Balkans and Post-Soviet MEDIA countries, and industry professionals from the whole Europe, including, TV and VoD commissioners, representatives of national film centres, festivals, distribution and sales companies, and journalists.  The programme of Beldocs Industry includes several sections: Beldocs Market, Beldocs in Progress, Documentaries for Kids and Youth and Beldocs Academy, which will be carried out in synergy with the key International documentary industry players and partners. Calls for projects for Beldocs in Progress, Beldocs Academy and Documentaries for Kids and Youth will be open in January 2022.